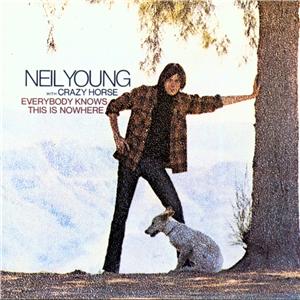 Neil Young’s second record, Everybody Knows This is Nowhere, was never a big hit. No hit singles; it never cracked the top thirty. My reverence for it stems from my belief that when I was young, it was my father’s favorite record. About this I may be right or not. Everybody Knows This is Nowhere resided in a group of vinyl 12-inch records leaning in the bottom shelf of the home-built bookcases in the living room. Our tomcat used them as a scratching post; each jacket had its shredded corner. Among these records, tattered by claws and by use, I always took Everybody Knows to be king. Even against The Band and Abbey Road and I Never Loved A Man The Way I Love You, it sounded like king.

“Cinnamon Girl” opens Everybody Knows This is Nowhere. You know it – a handclap and a galvanized stomp and a riff and a boyish longing. Like Van Morrison’s “Wild Night,” it’s a kinetic, anticipatory pop song. It is about being swept up; it sweeps you up. It is strange, short, three verses, no chorus, and the bridge comes at the end: “Ma, send me money now, I’m gonna make it somehow, I need another chance / You see your baby loves to dance.” Clumsy, confused, ecstatic. Presently the song ends, but is followed by an ominous web of knifing notes, a harbinger.

The muse in “Cinnamon Girl” is the first of the songs of mythic women who frame the record. The other two, “Down by the River” and “Cowgirl in the Sand,” Young wrote in the throes of a 103-degree fever, legend has it. In each, Young rides the barroom crunch of the band Crazy Horse. These have been described as jam songs – an injustice, for often this term means fussy, annoying, virtuosic. These are not. They are fastidiously rhythmic, tense, uncluttered; here is where was born Young’s reputation as the one-note soloist (apocryphal; all the solos feature at least two notes). There’s a great ambivalence here; over Young’s cracked falsetto (“Down by the river / I shot my baby”) arches a trellis of lilting ooh la la la las. Those ooh la la la las seemed forbidden, delicious, to me as a youngster; how could a song about murdering a lover bathe itself in such pleasure?

Closing Side One, it lasts nine minutes; “Cowgirl in the Sand,” which ends Side Two, runs ten and a half. It opens with a hushed, hollow guitar meditation that echoes “Running Dry,” the dirge that precedes it. Then, like a bomb, Young’s electric guitar goes off – towering, cobwebbed, one of the great power chords in our language. “Hello, cowgirl in the sand / Is this place at your command?” he begins; these awkward, shimmering lines show up in Denis Johnson’s classic story “Emergency,” about a charismatic stoner with the ability to make everything come out right (“I save lives,” he explains). Like “Cinnamon Girl,” the song has three verses, each about forty seconds long. The rest is the click of a rhythm guitar and Young in the other speaker, sawing, stuttering, screaming, holding off the puzzles of romance with the sure light of the amp.

Back then, before the CD came to town, sequential listening meant you’d renewed your vows. I mean, you played a side, and when it ended, you got up; you crossed the room to the turntable; your roommate grumbled Dude, put on some Seger; in this caesura, you either put on some Seger or you flipped the record. You had that choice. The eight or ten or fourteen songs – gabba gabba hey – didn’t all play in a row. You didn’t have a remote, a two-year contract on your phone. Tom Petty, like Young a maker of musical aphorisms, cracked on the passing of this custom midway through his 1989 record Full Moon Fever, where he reminds CD listeners that “those listening on cassettes or records will have to stand up or sit down and turn over the record or tape” and thanks them for their patience.

These dual side-closers are the best enticements I know to keep going. And I asked my father, midway through this writing, if I was right. Was it, as I had remembered, his favorite? He looked dubious. “You know,” I said, and rattled off the songs. He nodded. “Well, that’s a pretty good record,” he said at last. 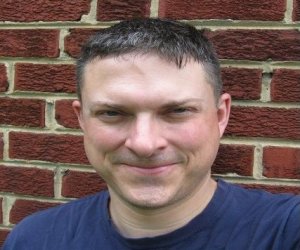 Bill Beverly lives in Hyattsville, Maryland, with his wife and daughter. His book On the Lam: Narratives of Flight in J. Edgar Hoover’s America is available from University Press of Mississippi. He’s @BillBeverly on Twitter. He teaches at Trinity College in Washington, DC.